Right Driver
Home › Advice › How much damage does driving cause to the environment?

How much damage does driving cause to the environment?

There is no doubt that driving has negative effects on the environment. Some are obvious and some not so obvious. While it’s difficult for many people to get rid of their cars due to reasons such as lack of public transport, its necessity for work, etc, understanding exactly how our vehicles affect the environment can help us make better decisions about when we should walk or cycle rather than taking the car. 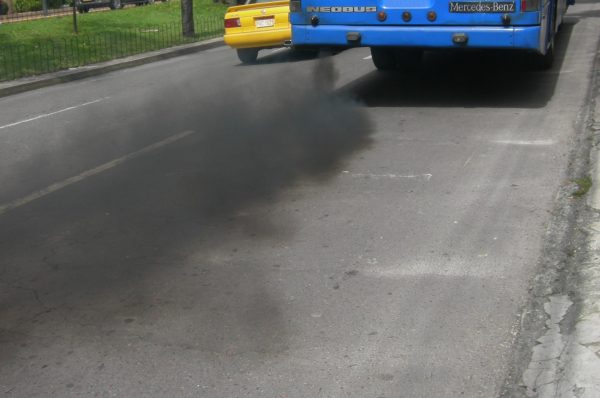 A vehicle’s construction requires raw materials which must be either mined from the earth (e.g. steel) or grown upon it (e.g. leather). In order to mine the materials, large machines must be produced and operated. In order to produce leather for the seats and trim, animals are raised and killed, which produces methane. Leather is not a byproduct of the meat industry – the value of the leather is around 10% of the value of the animal and this is factored into the price the farmer charges for the whole animal.

All the components of the vehicle must be shipped on ships, lorries or trains that burn diesel to a factory which requires energy to run. The workers at the factory have to travel to the factory to work.

Once the vehicle is completed it must be shipped to its final destination. Studies have found that producing one car requires over 120,000 MJ (megajoules) or over 33000kwh (kilowatt hours) to produce. That’s a one-bar electric heater kept on full for 33000 hours or the equivalent of burning 910 gallons of petrol…

We haven’t even factored in the petrol and diesel used to power the car through its lifetime which will be many times more.

All this energy burnt results in greenhouse gases (GHG) which contribute to global warming as well as having other negative effects such as acid rain. A car is heavy and therefore takes energy to get it to move. When the fuel is burnt it releases hydrocarbons, nitrogen oxides, carbon dioxide, carbon monoxide and various small particulates.

Of course, all that fuel has to be transported to places where you can buy it by burning more fuel in oil tankers and lorries. There’s the risk of a spill which can create catastrophic environmental results.

All parts of the production chain create their own pollution from the mining equipment and tailings to the factories.

Microplastics are a huge environmental issue. As road markings wear off, they release microplastics into our streams. All kinds of plastics are created for various parts of the car and these release volatile organic chemicals.

Vehicles create noise and this reduces the quality of life for people that live near roads. Even electric vehicles produce noise. Vibration from vehicles also damages structures and foundations and there is a constant need for road repair which, in itself, has an effect on the environment.

Mines destroy habitats, but so do roads. Tarmac roads cover ground that used to soak in and filter water and support various life. Because we are so wedded to our cars we have neglected transport options such as trains which use less real estate. We are reluctant to use public transport but if public transport is embraced it can become a significant help in curbing emissions. For example, the London Underground prevents an inevitable gridlock that would occur without it and the other side of the world, in Auckland, New Zealand, half of all people travelling across the Harbour Bridge do so in a bus, meaning fewer road lanes are required.

While around 70-80% of a modern vehicle can be recycled, this still leaves a few hundred kilos of material that can’t be recycled.