Right Driver
Home › Advice › Should learner drivers be taught how to spot potholes?

Should learner drivers be taught how to spot potholes?

More traffic means more wear and tear on our roads. We have so many potholes that it would cost £9.3bn and take 14 years to completely repair our roads. Local councils already fill in around two million potholes every year. The problem is that in the meantime, drivers are hitting potholes and causing damage to their vehicles or themselves. In fact, potholes are particularly dangerous for motorcyclists and cyclists, plus we have an ever-growing cadre of electric scooters and other powered vehicles that often use the roads.

Pothole-related damage costs insurance companies around £1m per month in repairs – that means that it’s also costing motorists because they are stumping up the insurance excess. It’s estimated that over 20,000 people per year suffer pothole damage with around 9000 people making an insurance claim. The average claim is around £1000 according to The Daily Telegraph.

What happens when you hit a pothole? 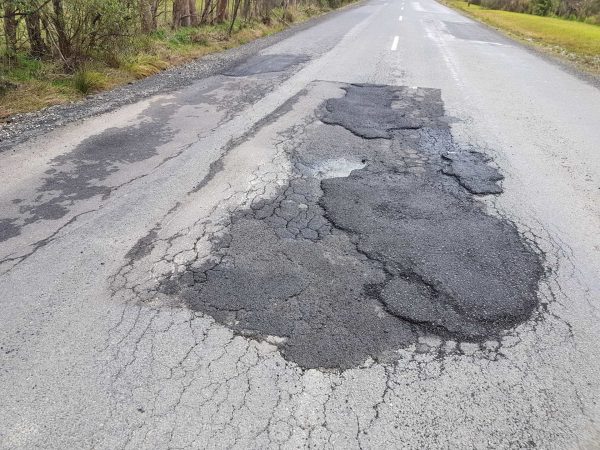 If you hit a pothole at low speed in a car, you’ll probably just feel a minor jolt – the suspension will absorb the impact. The only way you would get significant damage here is if either the pothole was very deep or your car has lowered suspension and/or low bodywork. Either of these could cause bodywork or part of the underside of the car to hit the road.

It gets more serious if you hit a pothole at speed as it can cause:

Councils might deny responsibility for the liability for the pothole damage which means that you have no recourse and may have to make a claim on your insurance. They argue that streets are repaired ‘within a reasonable time’. To make a claim against a local council you will need proof that the damage was not pre-existing; a mechanic should be able to help you with this.

For motorcyclists and cyclists, it’s worse as the type of impact that can cause a bent wheel or puncture can throw the rider off the bike, causing further damage to the bike as it falls.

Can you be taught to spot potholes?

The answer is yes! There are several easy ways to dramatically reduce the chance that you’ll drive into a pothole. Drivers hit potholes due to:

That means that if you look further ahead, paying attention to the road, follow at least two seconds behind the vehicle in front and take extra care when it’s raining or dark, you’ll reduce your risk of hitting a pothole.

Pothole spotting should be part of being taught learning to drive.

Often, puddles form where potholes form, so avoid large puddles which can conceal nasty potholes under the water’s surface.

The Government provides a pothole reporting service which will direct you to the appropriate local council.