Advantages of air suspension on lorries and trailers 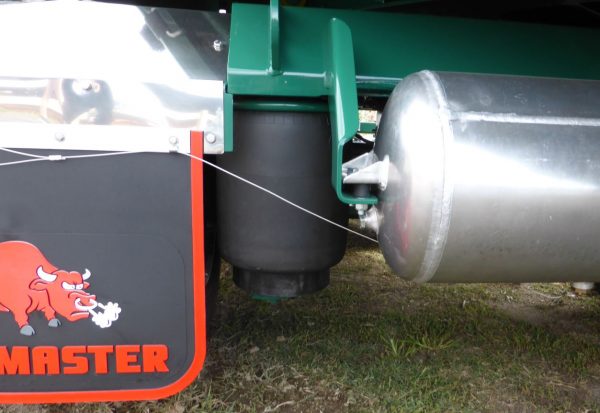 Reduced vibration is better for the driver and for the cargo. Long haul drivers can experience back pain due to sitting for extended periods in a vibrating truck cab. Vibration causes fatigue and discomfort, too; a smoother ride is nicer for a driver.

A smoother ride is also easier on the lorry and the trailer as it’s not shaken to bits over time. Cargo carried by the lorry is less likely to be damaged (although, packaging and load restraint methods these days are very good anyway). Cargo is less likely to shift, too.

Less damage to the road

A smoother ride means less damage to the road surface, and much less vibration transmitted into roadside structures such as bridge parapets and buildings.

Less vibration and a better spread of the load through levelling results in improved tyre wear. Some air suspension can lift unused axles, extending the life of those tyres.

Suspension is a big factor in how a vehicle handles, too. Better suspension could mean less likelihood of a rollover event.

You’re more likely to sell your lorry or trailer for a higher price with air suspension.

A trailer can be used for more types of loads when the suspension setup is flexible. Fragile loads such as glass are less likely to be damaged. Loads with difficult weight distribution can be levelled.

Some operators report tests that are inconclusive saying that in an articulated lorry, the ride in the front of the trailer is totally dependent on the suspension of the tractor unit, but at the back of the trailer leaf springs can often give a better ride, depending on the load.

Air suspension can be around 50kg heavier than leaf spring suspension which means that you could, instead, install other aerodynamic devices such as trailer skirts and cab side vanes to get fuel economy gains instead. 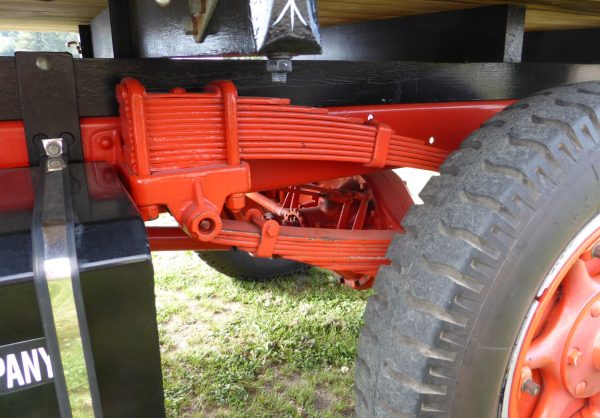 Leaf springs on a historic lorry

Drivers need to know how the air suspension works and how to troubleshoot it if something goes wrong.