What is drink walking?

Drink walking is like drink driving, but when walking drunk. Drink walkers are more likely to be involved in an accident with a vehicle – around half of all pedestrian deaths involve people who are under the influence of alcohol, and in around one-third, the driver is over the legal driving limit. It’s very commonly seen on Friday and Saturday nights near bars and pub and it affects different areas in different ways: while drink walkers in cities might dash across busy streets, drink walkers in rural areas might be stumbling home on unlit roads wearing dark clothing, and may even fall asleep on the road.

While many people will have a quick drink and then walk somewhere (one of the main activities of rambling is to walk, stop at a pub for a pint, then walk some more), drink walking is more targeted at the types of drinkers that consume enough to be noticeably impaired.

When a person is drunk, they:

These are compounded by being tired late a night.

Drunk walkers are almost never wearing clothing that has good visibility at night, or carrying a torch. 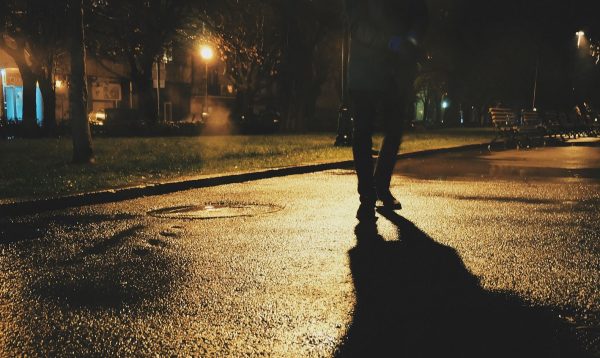 Drugged walking can have the same or opposite effects, depending on the drug. Some drugs cause tiredness, confusion and a change in perception, and these are dangerous for walking in traffic. Others cause heightened awareness, but can also cause overconfidence which is also dangerous.