How does a traffic jam form?

You’re driving along and suddenly the cars in front of you brake for no apparent reason. You crawl along for a little while and then it speeds up again, only to slow down to a crawl a mile later. You’ve just experience a jamiton, a wave of traffic congestion that travels backwards along a motorway at around 12mph. This video from New Scientist shows it using 22 vehicles driving in a circle of 230 metres at a constant speed of 30kph (roughly 20mph). As people are not that efficient at maintaining an even speed, one of the cars will either drop back slightly or speed up too much causing the gap to shorten between it and another car. The following driver corrects their speed to create more of a gap and this causes other drivers behind to also brake. The wave of braking cars travels backwards at about 12mph even causing vehicles to stop momentarily, which you’ll see in the video.

Gridlock is a type of traffic jam in cities caused by too much traffic trying to pass through intersecting streets causing the entire network to stop. At some points all exits from the system are congested or blocked which prevents vehicles entering or exiting the stream. Gridlock is not a simple traffic jam with low flow, it’s specifically to describe urban traffic congestion caused by blocked exits and entrances to that bit of the road network.

What are the causes of phantom traffic jams or jamitons? 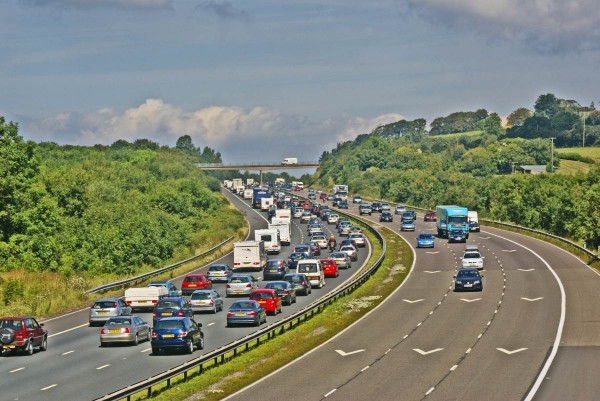 Traffic starts to back up on the motorway

The main cause is that there is enough traffic that people no longer feel they have enough space and it causes them to drive inefficiently and erratically. With motorway driving, the optimal traffic flow is when all vehicles travel at the same speed, avoiding changing lanes unless absolutely necessary (e.g. merging from a slip road or exiting the motorway). Here are the driving actions that cause phantom traffic jams:

What are the causes of gridlock and other traffic jams? 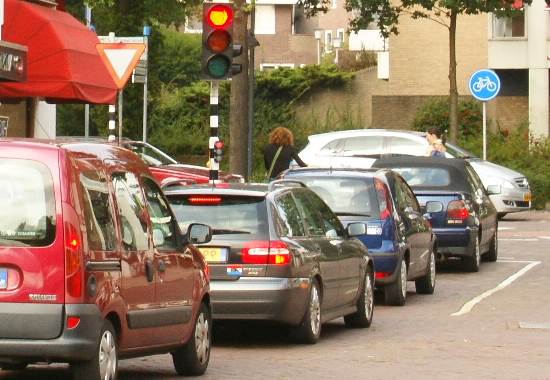 Traffic queued at a red light

Gridlock is caused by drivers either deliberately or inadvertently blocking vehicle entrances and exits within a road network. Drivers often choose a selfish path to maximise their own benefit and this is to the detriment of the entire system as the maximum traffic flow is achieved when the system is allowed to run freely. The causes are: