The best driving roads in the UK

So you’re dreaming of where you can take a good drive in the UK? There’s traffic seemingly everywhere but there still exists some fantastic driving where you can (mostly) escape the masses. Let’s start in the fens and wolds of Lincolnshire where I grew up. If you love single-lane roads, the Lincolnshire Wolds has some of the most picturesque rolling hills you can find. Starting from Skendleby, cut your way across to Salmonby then down to Horncastle (where I went to school).  Make your way down through Claxby Pluckacre, Miningsby, East Kirkby, Spilsby and back up towards the Wolds. You’ll pass a plethora of hamlets and small farms dotting the rolling fields. You’re not going to always make rapid progress, but it’s pleasant and relaxing. Just be careful of tractors and harvesters on the narrow lanes and watch for mud on the road if it’s wet.

We also asked for some input from our community for some ideas.

North Coast 500 in Scotland is one of the ‘bucket list’ trips for bikers and car enthusiasts, alike. Described as the UK version of Route 66, Top Gear filmed many of their trips along this route, which stretches for 516 miles.

It is recommended that you set aside at least a week if you are planning to travel down the whole route. Many drivers love to camp along the route and live in nature, accompanied by either their family, partner or just their vehicle for company.

It’s not just the abnormally stretch of road that attracts motor enthusiasts, it’s the absolutely stunning views around every corner. The North Coast 500 takes you along the coastline of Scotland, allowing you to drive right beside the sea. It also weaves through the highlands and lowlands of the country, giving you the chance to pay a visit to ancient castles and other local attractions.

The greatest drive I’ve ever embarked upon in the UK was along the Snake Pass, in Derbyshire. This road runs through the Peak District and also crosses the Pennines; running through the National Trust’s High Peak Estate, it provides superb scenery to drive through.

The road gives motorists a scenic route of getting from Sheffield to Manchester, so the next time you are passing through, take Snake Pass and enjoy the view. It’s advised to do this journey in the warmer months, though, as Snake Pass is often closed in winter due to snow and icy conditions. Parts of the road have been used for the Tour of Britain. 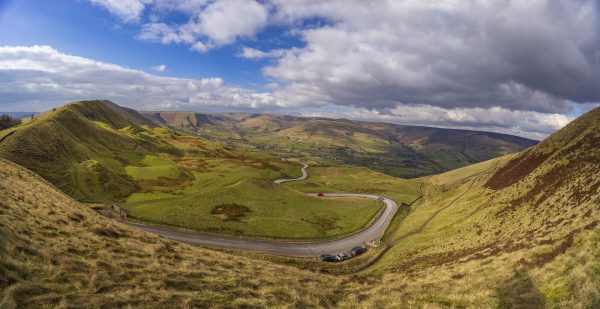 If you’re in the Peak District, take a look at Mam Tor, too. It’s a short detour off Snake Pass

Northern Ireland, part of the United Kingdom, occupies much of the north shore of the Irish coast. It’s also the perfect place to head out on the open road. Whether travelling by car, motorbike or even bicycle, the Causeway Coast is one of the world’s great drives.

Northern Ireland has some of the most beautiful parts of the UK. There’s a real calmness in the countryside. The rough stretch of coastline known as the Causeway Coast delivers some incredible sights: abandoned castles, smooth Irish whiskey distilleries, and lots of unique locations which have become famous in the Game of Thrones. But the Causeway Coast is best known for the otherworldly geological features of the Giant’s Causeway – a UNESCO World Heritage Site. The coast is extremely beautiful! 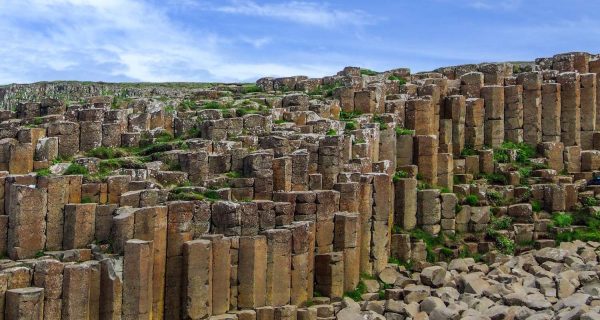 Ride from Glastonbury to Cheddar Gorge

Begin your trip on the outskirts of the infamous town of Glastonbury, with a visit to the tor over the lush, green mounds. Then head towards the cathedral city of Wells. After a spot of lunch, hit the driver’s paradise of Cheddar Gorge.

For the driving enthusiast, the real fun begins here, with dramatic sheer cliffs enclosing you as you descend into the gorge. Park up and take a walk through an underground world, with a walk in Gough’s or Cox’s caves or take the 274 steps up to the cliff-tops for breathtaking views.

Stop off at one of the many quintessentially English villages to snack and refuel after your walk.