Right Driver
Home › Advice › Should you leave your car idling when you are stationary at traffic lights?

Should you leave your car idling when you are stationary at traffic lights?

More and more cars are appearing with stop/start technology which automatically shuts off the engine if the car stops, then starts it again once the driver either presses the clutch or releases the brake (depending on whether it’s a manual or automatic). But should you manually do this in a car that doesn’t have that feature?

How much fuel are you using when idling?

Usually it’s between 0.4 and 2.5l per hour, depending on how economical your engine is. We checked in the largest capacity car we could easily lay our hands on: a 2014 Holden Commodore SS-V (import from Australia) which has a nice big 260kW 6-litre V8 and it showed 2.1l/hour, or just under half a gallon. 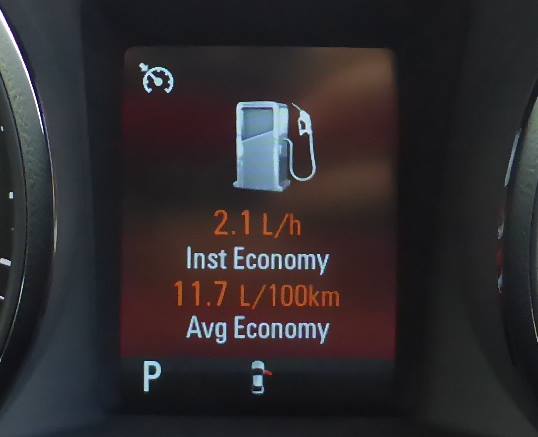 The table below shows fuel consumption in gallons per hour for different sized vehicles.

Let’s assume your car chews through a litre per hour (0.22 gallons). Current prices are just over a pound a litre (about £4.67/gallon). So, for every hour your car spends idling you spend a pound of wasted fuel.

Many journeys through rush hour can involve up to 25% idling time. Let’s say you spend two hours in you daily commute, five days a week. This means you’ve spent half an hour idling and therefore 50p of petrol. Do that five times a week and it’s cost you £2.50, or about £130 per year.

130 quid is not a huge amount of money to save and that is only the best case scenario as there will be times when you will only stop for a few seconds. The rule of thumb is that if you’re stationary for 10 seconds or more then you are wasting fuel.

Unless it’s blazing hot or freezing cold (in which case you’ll need the air conditioning), there’s no reason to keep your car idling when:

The biggest impact of the millions of cars using this unnecessary fuel is on the environment, so for the planet’s sake, it’s worth shutting your car off if you are going to be waiting more than 10 seconds. The actual wear and tear on your car is negligible.