Right Driver
Home › Advice › Should all drivers be able to read English?

Should all drivers be able to read English?

England is a multicultural country and all that diversity is good for our economy. We have a thriving tourist industry, too, with over 37 million visitors in 2016.

There’s a hidden problem, though: literacy in written English

Up to one in five people (20%) are functionally illiterate in the UK. This doesn’t just affect migrants, it affects people born in England, too.

How does literacy affect road safety?

Britain has some of the safest roads in world (we’re fifth behind Sweden, Monaco and a couple of Pacific Islands for deaths per 100,000 people), but there’s always room for improvement as that still means that almost 2000 people a year die on our roads. While a huge number of our signs are symbols that are either internationally recognisable (because we use the Vienna Convention on Road Signs and Signals) or are simple enough to be figured out, some of them are in English only, or have English language plates added to them to give extra information.

Can we say that literacy contributes to some of the accidents on our roads? It’s hard to quantify because the statistic is not stored. However, when you do advanced driver training, part of learning to read the road is learning to read the signs. Reading the signs means you know what’s coming up and you don’t have to be so reactive; you can plan ahead much further as you know what to expect.

Some examples of signs which are in English that could cause problems for drivers are: 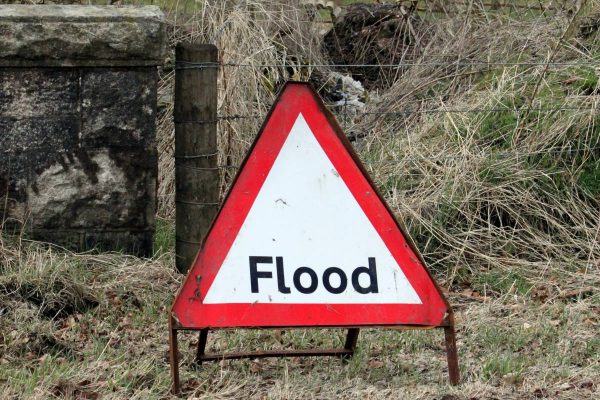 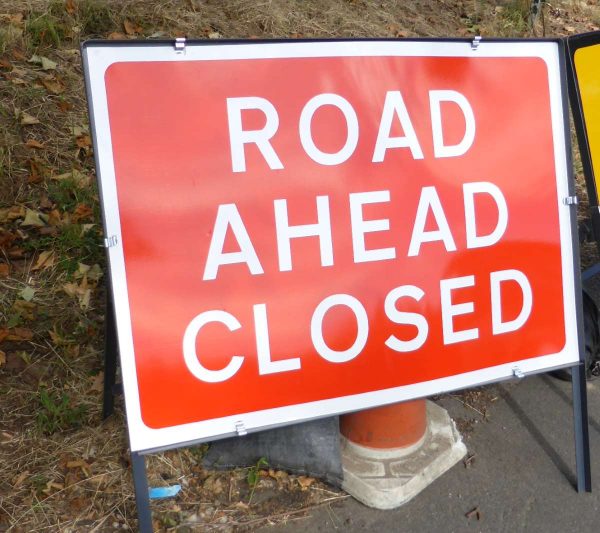 Road closed ahead – there are likely to be other clues such as roadworks, but not necessarily. It could cause a driver to have to reverse a large lorry at night, for example 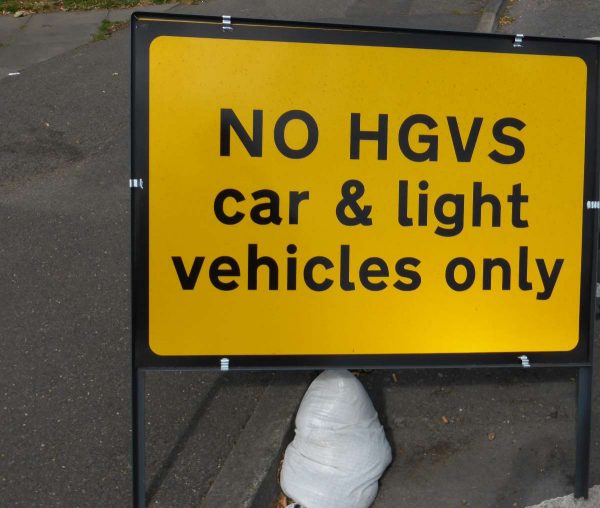 Of course, there is also the ever-increasing number of variable signs on motorways which give instructions and information about road conditions ahead such as surface flooding, lanes that are closed, etc.

Driving tests are no longer available in foreign languages which ensures that non-English speakers must learn enough English to pass the theory test (60,000 people used an interpreter in the final year tests were available in other languages). Drivers with literacy issues (including dyslexia) can request a voiceover to accompany the written test.

Should our signs be in other languages, too?

Well, we already do this in Wales – drive around and you’ll see ARAF SLOW painted on many roads, and policy introduced in 2016 mandates that all signs should be in Welsh and English. They will be replaced gradually, as needed. Signs in England and Scotland won’t be in Welsh.

Some countries have signs in more than one language. Israel has trilingual signs (Hebrew, Arabic and English), Hong Kong has signs in Chinese and English and some Icelandic signs have English plates.

It makes sense to standardise as many symbols as possible so that drivers can be confident on the road when they are driving in a different country and that people with literacy issues who would have problems reading English while travelling at 60mph don’t have to take their attention away from the road.

How much does a vehicle accident really cost?

You've got insurance, right? So, you pay the excess, deal with losing your no-claims bonus and move on. But that's...