Right Driver
Home › Advice › Is it legal to use a skateboard or skates on the road?

Is it legal to use a skateboard or skates on the road? 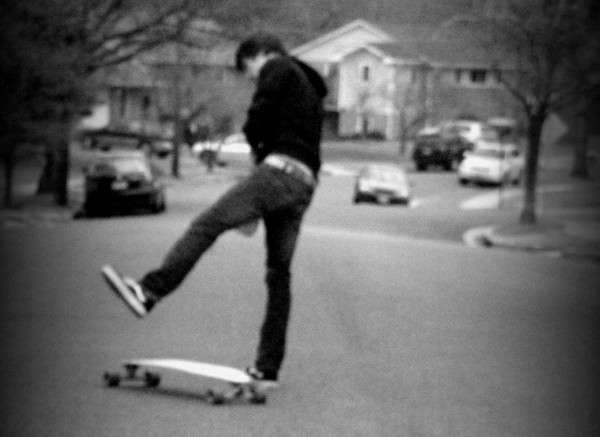 Skateboards, rollerblades and foot-powered scooters are increasingly popular as a form of transport that is quicker than walking, often quicker than cycling, active and requires minimal equipment. But skaters can come into conflict with other road users and pedestrians, so let’s look at what is legal and what is not.

The UK has less laws around these situations than, for example, Australia, where you can ride a skateboard on the road, but only during daylight hours on roads without a lane with a speed limit of less than 50kph (31mph). In fact, the laws are extremely vague

There is nothing in the Highway Code that says ‘MUST’ (the Highway Code has a mixture of guidelines, but has some laws which are usually stated that you must or must not do something).

The police do have powers under this clause:

No skating in such a manner as to cause danger or nuisance or give reasonable grounds for annoyance to other persons in any area covered by the prohibitive bye-laws (which includes most city centres at this point).

In terms of use on the road there is a vaguely worded clause reminding parents to remind their children “…not to rollerblade or skate on the road – where possible they should use playgrounds or parks where there are special areas provided.”

Given the increasing use of skateboards and foot-powered scooters, some laws need to be put around their usage.

Powered wheeled vehicles such as Segways are not allowed on the road or pavement. The grey area is that it is a motor vehicle and therefore should be subject to tax and registration, but it does not yet have a classification as a motor vehicle. It also doesn’t have an exemption like electric bikes.

When on the road, you must not exceed the speed limit (longboarders need to be aware of this), and there will be laws around anti-social behaviour, endangering life, etc, that you could find yourself up against if you have an accident.

It’s recommended that you wear a helmet, knee and elbow pads, and wrist guards. Police generally exercise common sense if you are not causing a danger and you are dressed appropriately. This means in low visibility you should carry a light (e.g. a headtorch with a front white light and a rear red light), and high-visibility clothing. It also means that if you are skating in a busy area then you should reconsider whether you should be on the board or perhaps off the board and walking with it until pedestrian traffic thins out. And definitely don’t skate where signs prohibit it.

Motorists should allow space for skateboarders and not muscle them off the road.