Careers in stunt driving: how to become a stunt driver

Vehicle stunts are a major part of many films and TV series whether it’s the big-budget scenes in films such as Mad Max or simply an ambulance driving at speed in Casualty. Stunt driving ranges from precise repetition of specific routes until the take is achieved, through to explosive one-off action scenes.

Stunt drivers often come from a career in racing as this experience helps with controlling a car at high speed, but it’s not essential. Most stunt drivers go to a stunt driving school then serve an apprenticeship in a team. Drivers will need to know the basics of stunt driving – drifting, handbrake turns, j-turns, flips, barrel rolls, driving on two wheels and jumps.

You must be able to drive a vehicle with a manual gearbox. Having your own access to some land where you can practice is a huge advantage as you can hone specific skills such as drifting. Experience on different surfaces such as gravel, sand and snow is helpful.

Even thought stunt drivers will mostly be working on closed sets, a full driver licence is required. Having experience in a wide variety of vehicles from motorbikes and quad bikes through to fork lifts, lorries, double-decker buses, tanks and wheeled cranes gives a driver the most flexibility in working opportunities.

The majority of stunt drivers have a fairly neutral appearance with a reasonable degree of physical fitness (especially for motorbike stunts where the rider must match the physical shape of the star they are doubling for.

Stunt drivers must understand how to prepare and rig a car for a stunt. They will often work in a team and won’t just be driving but could be helping prepare the vehicle for the stunt (e.g. welding in a roll cage). An excellent understanding of the process of making a commercial, TV show or film is recommended. You need to know how a shoot works, who does what, where you are supposed to be and who you are responsible to. Study the major movie chase scenes so you understand how they were cut together. There are plenty of documentaries about stunt driving such as The Devil at Your Heels. 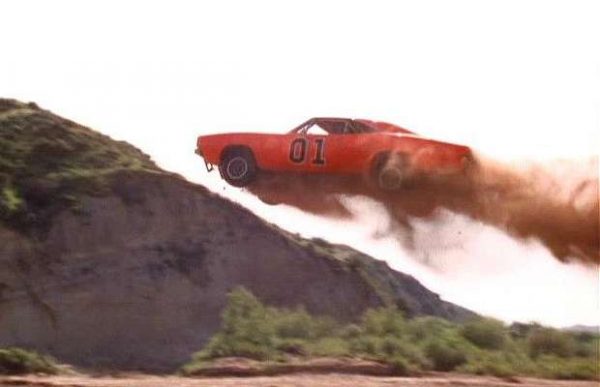 It helps if you are interested in vehicles in general and know about them. You might be asked for recommendations as to what vehicle to use for a stunt. On set, you could be asked to locate a specific vehicle so you’ll need to know what it looks like.

Know who you are competing against for jobs. You’re not going to be competing with Rhys Millen at first, but you could be eventually. Don’t make enemies as the industry can be tight-knit.

You will need to belong to your local actors’ union.

Why do movies use stunt drivers?

Vehicles are expensive so to minimise the risk of damage (unless the vehicle is being intentionally damaged) using a stunt driver is the safest option. You may get to drive one-off prototypes worth over a million pounds, you could be simulating a high-speed convoy of an important person where there are several expensive SUVs and a limousine in tight formation, or it might be that you’re speeding through tight lanes in the Welsh countryside; drivers need to be accurate and safe as any unintentional damage can cost the movie tens of thousands of pounds in delays and reshoots.

Vehicle insurance policies might stipulate that a professional stunt driver is used for driving on the set. People who loan collectable cars to film sets also may require this.

You are cheap. Well, at least compared to the cost of the movie star who may have prohibitive insurance requirements, you are very good value.

The physical demands of stunt driving can be quite high, especially for motorbike stunts. You will have to be resilient enough to take hard knocks while maintaining excellent coordination and split-second timing.

Your expert contribution to safety and your suggestions about how to get the right shot can make or break a scene. A director may have an idea about how the scene should be shot and you might be able to suggest improvements that the lead actor wouldn’t understand.

When vehicles are filmed, they always appear to be going slower than they are in real life, therefore stunt driving often involves travelling at a higher speed than normal, something that a regular driver wouldn’t be used to.

How much does a stunt driver earn?

At the start, very little, but as you progress through the ranks you can easily make six figures, but an average stunt driver in regular work would usually make around £40,000-60,000. Bear in mind that the hours can be erratic but long. If you are on a shoot you could be away from home for days at a time in remote locations working from dawn until dusk, after which you could have a month with zero work opportunities.

How do you get a job as a stunt driver?

It’s best to serve an apprenticeship with an existing stunt driving organisation. You’ll need to be persistent. Going through a stunt driving school can help. Bringing contacts and potential work is an excellent way in so make sure you mix with other industry players and get to know them.

Take any opportunities for performance driving. Stunt driving isn’t just used for TV and the movies; there are shows and displays, teaching opportunities at stunt schools, racing, stunt choreography and more.

Make sure you join the appropriate acting union, e.g. Equity in the UK.