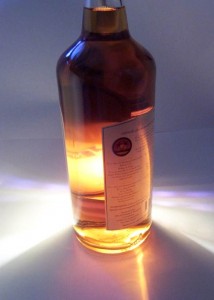 Last week the Justice Secretary, Kenny MacAskill took steps which, if approved by the Scottish Parliament would mean that the drink-drive limit in Scotland would be cut from 80mg/100ml of blood to 50mg/100ml of blood on 5 December. Coincidentally this would be the same week in which New Zealand takes the same step, but the Scottish proposal is more Draconian in its implementation. In New Zealand the proposals are only fines and demerit points for being between 50-80mg/100ml, whereas it seems in Scotland that the new limits will be applied as absolutes.

The legal limit would remain the same in England (80mg) and the UK Department of Transport said it didn’t have any plans to alter the drink-drive limit in England. The new level would match the existing level through most of Europe, and it will be notified with campaigns encouraging drivers not to drink at all to be safest.

What will this mean for your drinking?

Assuming you have had something to eat, it means you might be able to get away with a small wine or half a pint of beer, but a full glass or a full pint could tip you over the limit. However, this is dependent on a large number of factors such as your age, gender, weight, how much you have eaten (and how recently), and how fast you drink the alcohol, as you can see here.

According to statistics (and anecdotal evidence) it’s unlikely to significantly reduce the number of fatalities caused by drink driving because almost always tend to be people who are well over the limit and would know that they are over the limit but don’t care. It should, however, reduce the number of injury accidents because any amount of alcohol does cause impairment even if the driver doesn’t feel impaired (research has shown you are three times as likely to be involved in an accident after consuming just one alcoholic drink). It will reduce the likelihood of accidents and that will be better for insurance costs, too. Panel beaters might see a slight drop (but not as much of a drop as they will see when all cars get automatic braking technology.)

Mr McAskill is convinced it will save lives, though. When asked why the government didn’t apply a zero tolerance approach he said to BBC Scotland, “There are reasons why individuals may have alcohol in their system. It is also quite clear at the 50 (mg) limit, that is when impairment begins to kick in.”

There are other reasons for having at least some tolerance to alcohol: many foods contain hidden alcohol content in low volumes (sauces, etc), and mouthwashes and some medications contain alcohol at low levels. If someone has been drinking the day before, even though they might not have elected to drive that night, they could still have 10-20mg/100ml residual alcohol the next morning. Some countries, such as Australia and New Zealand have graduated licences and age-related limits. For example in New Zealand there is a zero limit for drivers under 20, and in Australia there’s a zero limit for learner and provisional licence holders.

RoSPA (the Royal Society for the Prevention of Accidents) welcomed the move, whereas an Institute of Advanced Motorists spokesperson, George Goldie, wasn’t as convinced of the effectiveness due to the fact that only 1 in 10 fatal accidents has alcohol as an aggravating factor and, as we mentioned above, almost all of those are when the offenders are greatly over the limit. Reported drink-driving figures can be found here. Department for Transport figures indicate that 4% of accidents in 2012 involved illegal levels of alcohol in the driver’s blood, with 230 fatalities in the UK (around 13% of all reported fatalities) of which 30 of those are in Scotland. 900 people per year in Scotland are treated for injuries caused by a drunk driver.

Northern Ireland is considering dropping its limit to 50mg/100ml, too, as you can see in the Road Traffic (Amendment) Bill. It’s currently being considered and could become law by early next year.

Who will benefit from the reduced drink-driving limit?

Ironically, pubs could benefit from lowering the limit as rather than have a designated driver that only has one drink, all parties would then choose to take a taxi and therefore all could drink whatever they liked.

Taxi drivers (and their equivalents) could see an increase in business.

Conversely, off-licences might sell more alcohol to people choosing to stay at home and party rather than go out.

Hospital emergency wards should see less admissions on a weekend where 25-50% of serious injury admissions can be as a result of alcohol-related accidents (not all vehicle-related, though).

If the number of accidents is reduced then there will be less pressure on emergency services as a whole, less hold-ups on the road for other motorists, and less insurance costs.

Sweden adopted a 20mg/100ml limit in 1990 and the number of drink driving accidents fell resulting in a 7.5% reduction in overall crashes and a 9.7% reduction in fatal crashes.