Drivers don’t want the clocks to go back 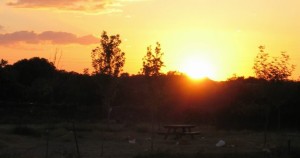 Car accident camera firm Smart Witness conducted a study to find out whether motorists want the change in time. We don’t have any figures as to how many people they interviewed, so the margin of error could be high, but they reported that just over 70% of drivers would vote to put and end to the practice of British Summer Time (BST) if there was a referendum tomorrow, and 60% of motorists thought that abolishing BST would result in fewer deaths on the UK’s roads. Some motorists were concerned that we hadn’t had a summer at all and therefore British Summer Time was a misleading concept. Anyway…

Smart Witness Managing Director Simon Marsh said: “The findings from the survey were very clear: the vast majority of people in England do not want the clocks to go back in October and think road safety is one of the main reasons why the law needs to change.”

According to figures from 2011 published by the Royal Society for the Prevention of Accidents  (RoSPA), deaths on the UK’s road network increased sharply from 25 in September to 34 in October, 48 in November and 65 in December. Figures from the Department for Transport report in 2009 indicate that not turning the clocks back in autumn could prevent around 80 deaths on the road each year.

The majority of research we could find cites changing the clocks the other way in March – i.e. the clocks go forward and therefore you lose an hour of sleep which can cause drowsiness when driving. Our opinion is that this is tenuous at best as you’re just as likely to stay up an hour or two later on a night watching a movie, and daylight saving time always comes into effect on a weekend when it’s generally easier to catch up on sleep.

The primary issue is driving towards the sun. Sun dazzle or sun strike occurs when you drive towards the sun as it’s low above the horizon. In fact, sun dazzle accidents increased 12% in 2012 (read the full story here).

You can mitigate the effects of this by purchasing polarised sunglasses to help reduce glare, keeping your windscreen clean on both the inside and outside, adjusting the height of your seat higher so that your sun visor is more effective, leaving a large gap to the vehicle in front, and turning your headlights on earlier so that you are more visible to other drivers.

Other factors are that roads are likely to be damp and could be greasy and slippery with fallen leaves. Pedestrians are also at greater risk when walking around at dusk, with one US study citing they are three times more likely to be hit by a vehicle than in daylight.

In a bid to combat the number of deaths on the roads during the winter months, RoSPA has suggested moving from BST with a new system known as Single Double British Summertime, which is GMT +2 hours in summer and GMT +1 from October to March.

The organisation noted that for the first year of operation the clocks would not go back at all in October, but would be put forward again in March, making the time GMT +2 hours. The clocks would then be put back the October after that to bring the time back to GMT +1 hour.

RoSPA hasn’t mentioned that Greenwich Mean Time would then not occur in Greenwich. What do you think about that?