11 tips for improving your fuel economy

When you are learning to drive a car or ride a bike, the fuel used in practising can really add up (check out our calculator here).  If you are driving a heavy vehicle or passenger vehicle and want to make more profit by reducing your cost, fuel economy tips are useful, too. 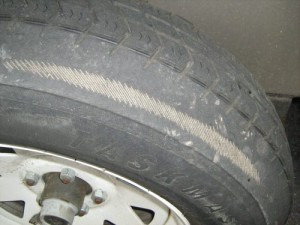 Tyres have a range in which they are designed to work well, giving the best balance of grip versus rolling resistance. As they start to go flat, it increases the rolling resistance which uses more fuel, i.e. the engine has to work harder to overcome the resistance of the tyre deforming under the weight of the vehicle. But don’t think you should over-inflate your tyres to counter this: if your tyres are over-inflated, less of the tyre is in contact with the road and this reduces your grip. When you need it for braking or cornering, and it’s not there, you could have an accident.

The manufacturers will provide a recommend PSI (pounds per square inch) pressure rating for the tyre.

If you under-inflate your tyres they tend to wear like the one on the left and then you’ll end up spending more money replacing them.

Reduce the weight of the vehicle

While you shouldn’t go about removing bits of your vehicle unless you know that they won’t cause safety issues, many people carry around a lot of unnecessary items with them all the time. These might only weight a few kilograms, but over time that extra weight adds up to extra fuel that is used to get it moving.

Check in your boot, glovebox, panniers, rear seats and other cubby holes to make sure you are not lugging around unneeded baggage. Don’t remove your spare tyre unless you replace it with another option such as some kind of aerosol foam.

Don’t fill up the whole way 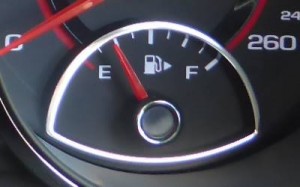 On a car the size of a fuel tank will be between around 40 litres/9 gallons for something like a Suzuki Swift up to 120 litres/27 gallons for some large SUVs like an Audi Q7. The weight of petrol is around 0.7kg per litre – it’s lighter than water. Let’s say your tank is 60 litres. If you fill it to half full you save 30×0.7kg=22kg of weight. The downside is that you will have to fill up more than twice as often (because you will never run the petrol tank completely dry).

Fill your tank as soon as the fuel warning light comes on, or before.

Keep your engine properly maintained and it will reward you with better fuel economy and less chance of breaking down. Some vehicles can have ECU upgrades to assist with fuel economy. 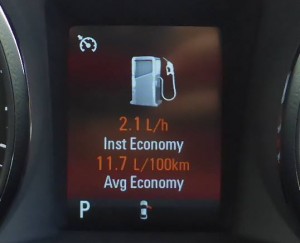 Many new cars come with an ‘eco’ setting which will adjust the throttle response, turn down the air conditioning and change up through the gears earlier. Some cars have automatic start/stop technology which stops the engine when the car is stationary. A word of caution, though: you have no control over your car when your engine is switched off.

Automatic vehicles are always set up to provide the best fuel economy/driving practicality ratio in their gearboxes. Some have a sport setting which adjusts the gear change points. If you drive a manual car, change up slightly earlier and accelerate more gently. Rapid acceleration will use much more fuel.

When there is a lot of standing water on the road it creates extra resistance for the tyres to overcome. This is most noticeable if you run, for example, your left-hand tyres through a puddle while your right ones are on drier ground: the car will pull to the left because of the increased resistance. Your engine is constantly battling this.

If you do have to drive in the rain then avoid patches of standing water, for example where the road subsides and creates long puddles.

Anticipate the road ahead

Look further ahead up the road so that you can tell when you will need to brake. If you are in traffic that is constantly speeding up and slowing down, leaving a bigger gap to the vehicle in front means that you can average out the speed more. If you have to use your brakes then you will have to accelerate to regain that lost speed. By evening out your speed you avoid the need to accelerate as much. You will achieve the same average speed as the vehicle in front, but with less variation. You’ll also help traffic behind you flow more smoothly and reduce the risk of nose-to-tail accidents.

You can go to some ridiculous lengths such as taping the panel gaps closed (we don’t recommend it), or changing your wing mirrors to ones that are more aerodynamic and removing (shaving) your door handles (probably something that will take ages to get the benefit from). Some vehicles have bodywork that is just for show – useless spoilers that just increase drag without creating downforce (not that downforce would be that necessary at speeds under 70mph).

Lorries can have wind deflectors and skirts fitted to help air flow around trailers. Motorcyclists can use a fairing (if it’s designed for better aerodynamics). 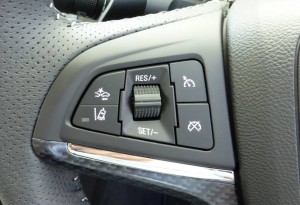 Cruise control isn’t usually the absolutely best way of achieving good fuel economy, but it’s better than many drivers. Many drivers inadvertently speed up and slow down, often quite frequently, and it’s this unnecessary acceleration that takes its toll on the fuel economy.

The other alternative is to use a speed limiter and that will stop you exceeding a certain speed. Some cars come with those as standard.

What we don’t recommend

We definitely do not recommend slipstreaming other vehicles. This is a form of tailgating that dramatically increases your chances of having an accident.