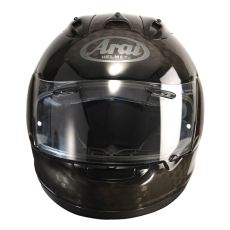 It’s illegal to wear a helmet that doesn’t meet safety standards. Occasionally you will hear of helmets being sold that don’t meet the critera, but they are swiftly removed. Retailers can be fined for supplying helmets that don’t meet standards.

The reason that safety standards are important is that they set protection levels. Helmets that don’t meet these could disintegrate in a crash and not protect your head.

All helmets worn when riding on roads in the UK must meet one or more of the following three standards:

Note that there are standards from other areas of the world such as:

These standards are not supported in the UK so don’t import a helmet believing that it will be able to be used without checking first.

SHARP is the Safety Helmet Assessment and Rating Programme. It has reviewed and safety tested over 300 helmets and it publishes these ratings here.

SHARP runs 32 tests on seven helmets across a range of sizes for every helmet model that is released. The helmets must be able to be purchased at retail outlets, therefore they’re the same as you would buy yourself.

The tests involve impacting the helmets against various anvils to simulate the road and kerbs. Three different speeds are used and the helmet’s structural integrity measured to determine how well it protects your brain.

The tests are performed on different areas of the helmet, too. You can see in this article that every part of the helmet is at risk of an impact.

SHARP gives a helmet a rating out of 5 stars. All helmets that meet the British standard provide an adequate level of protection, but helmets are capable of protecting much more. A high scoring helmet may be up to 70% more effective than a low scoring helmet.

Visors and goggles must also meet the same standards as helmets. Either:

During daylight hours a tint of up to 50% is OK, and legal visors will be marked “For daylight use only”. Visors should be kept clean as smudges, scratches, dust and dirt can significantly reduce visibility in bright sunshine (sun dazzle or sun strike).

There is currently no standard of protection for clothing in the UK, however the Institute of Advanced Motorists has proposed there should be.

Protective clothing is highly recommended as tarmac will shred through light clothing like jeans almost immediately.

In Europe there is the European Personal PRotective Equipment (PPE) Directive 1989. This requires that any clothing or personal equipment that is marketed as providing protection from injury must comply with the relevant European standard. The equipment must have been independently tested and certified.

The manufacturer will be issued with a CE (Conformite Europeenne) label for each piece of clothing that complies, and the clothing must carry a permanently attached label showing the number of the standard.

The most important part of choosing the right helmet is getting the best fit. In a study of motorbike accidents across Europe 12% of helmets were lost during the impact. Read our guide to helmets here.

This video shows an unscientific approach to testing, but does make you realise how vulnerable your head would be in a poorly constructed helmet. Some of these helmets don’t stand up to an impact with a small sledgehammer.