Right Driver
Home › Advice › If someone blocks your driveway, what can you do?

If someone blocks your driveway, what can you do?

With huge pressure on street parking, occasionally motorists push their luck, sometimes blocking access to driveways. Unfortunately the law is sometimes written to favour morons and douchebags. If someone parks  on the road blocking your driveway, it’s a civil matter and the police usually won’t be interested. However, if you vandalise the car, they will be interested and you will be the one charged.

The first step, though is to call your local council. Some councils will issue tickets to people that park where there is a dropped kerb (i.e. where the kerb height is lower to allow people to drive in and out of the driveway.

The Highway Code states that a car cannot cause an obstruction to the road, but doesn’t include private land. If it is causing an obstruction on the road you can call your local authority and have it towed. The Highway Code does say “Do not stop or park in front of an entrance to a property” in rule 243 but this is purely advisory. If it said “Must not…” then it would be against the law. 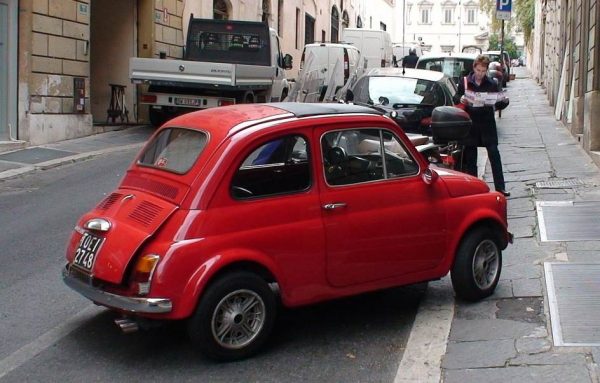 Car is obstructing the pavement

If it is on your land then you may have a trespassing claim. You can also block the vehicle in like this woman did with a tonne of gravel. This is is not illegal to do as long as you don’t cause an obstruction to the public highway or footpath. 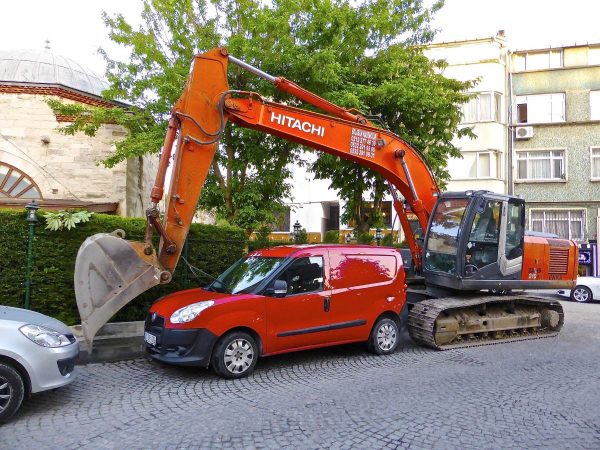 Let’s see them dig their way out of this one

If the person continuously parks in front of your driveway you could pursue a legal claim for nuisance on the grounds that you are being denied enjoyment of your property by their actions. However, you would need to know the identity of the vehicle’s driver.

If you suspect a vehicle has been abandoned you can let the police know and they will remove it, but there’s not a time limit on how long the vehicle has to be there before it’s considered abandoned.

You aren’t permitted to use cones to mark out a space outside your house unless the police or local council have given you specific permission for construction workers, a funeral, etc.

You can apply to your council to have a white line painted in front of your driveway.

Of course, if you have two vehicles and it’s possible, you could try blocking the offending car in like this to give them a taste of their own medicine. 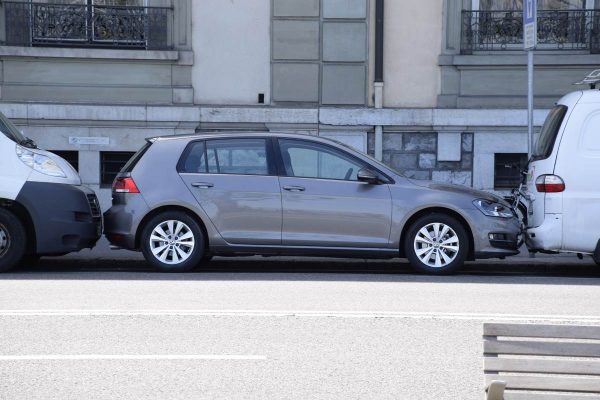