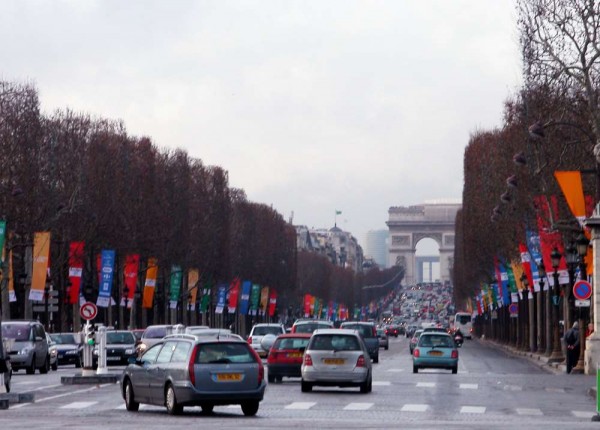 If you’re heading off to Europe for a late summer holiday and you’ll be driving there you will find some rules that won’t be familiar to you if you’ve only driven here in the UK. If you don’t have a numberplate with GB on it, you’ll need a sticker.

Child seat laws vary from country to country and can be complex: check out this article on Wikipedia for list of links.

Every country in Europe requires front and rear seat passengers to wear seat belts when the vehicle is equipped with them. You also must carry a warning triangle and, if you are travelling to Nordic, Baltic, Soviet and Eastern European countries you will need a fire extinguisher.

Every country in Europe prohibits driving using a hand-held cellphone.

Every continental European country drives on the right so remember to adjust your mirrors and headlights.

Most European countries require you to have your insurance, vehicle and personal identification documents in the car while you are driving. It’s a good idea not to leave them in the car when you’re not driving, though.

If you see a sign with a bugle with a red line through it you are not allowed to use your car horn.

It’s illegal to drive a dirty car (though we’re not sure how much dirt constitutes ‘dirty’). Bulgaria and Russia have the same rule.

You must not drink or eat anything during driving (even water), and you must not use your car horn near hospitals, or in residential neighbourhoods unless in an emergency.

Drive with a blood alcohol content over 0.2% and you will definitely end up in prison.

Part of your safety kit in Estonia must include two wheel chocks to ensure you can stop your car on a slope if you break down.

The speed limits on motorways drops by 20kph between October and March.

You must always have a breathalyser in your car as it’s illegal to travel without one. Of course, the French love a glass of wine at lunch, so a breathalyser is a commonsense device that can help ensure you’re not over the limit. Check out this range on Amazon.

If a French driver flashes their lights at you it’s because they are telling you they will go first. French drivers must carry spare headlight bulbs.

We wrote a more comprehensive article about driving in France here which outlines the ban on headphones among other things.

At certain times of the year you must drive with winter tyres.

You must not smoke behind the wheel.

Even stricter than Poland, they have a zero limit for blood alcohol when driving.

It’s illegal for a vehicle to move outside of the road’s white edge lines in order to protect the island’s flora.

You must always park in the direction of the traffic. Outside urban areas you must use dipped headlights during the day. You are not allowed to carry unrestrained pets in your car – you’ll need a proper cage or netting in the rear.

The blood alcohol limit in Poland is 0.02 and if you are caught over the limit you can be banned between six months and three years and end up in prison for one month at up to 0.05. From 0.05 upwards you can get up to a 10-year ban and up to two years in prison! The same limits apply when riding a bike. Norway, Ukraine, Sweden, Estonia and Latvia all have the same limit, but the majority of EU countries have a limit of 0.05%.

You must carry a tow bar and a rope of at least three metres.

When reversing you must also use your hazard warning lights.

If you need to wear glasses for driving, you must also carry a spare pair when driving on Spanish roads. Also in some Spanish cities there are parking laws based on the day of the week that determine which side of the road you can park your car on.

Cyclists must have cycle insurance – this is a yearly task and you will get a sticker to put on your bike. Drivers must carry a spare pair of prescription glasses. Picking up hitchhikers is illegal. Drivers that leave their keys in an unlocked car can be fined. You must not wash your car on Sundays.

It's easy to find articles by self-interested charities, road safety groups, newspapers and other organisations that put a spin on...