Cyclists are vulnerable road users. They have less protection, travel slower than other traffic (in relation to posted maximum speeds) and are more susceptible to be affected by wind and poor road surfaces. With around 3500 cyclists killed or seriously injured on Britain’s roads every year, it’s important we drive to help mitigate the risk. The recommended minimum gap a motorist should leave to a cyclist when overtaking is 1.5m.

You might have to wait a few seconds to overtake safely but this will barely impact your overall journey time. It’s better to be safe than live with the guilt (and potential legal ramifications) of killing a cyclist. 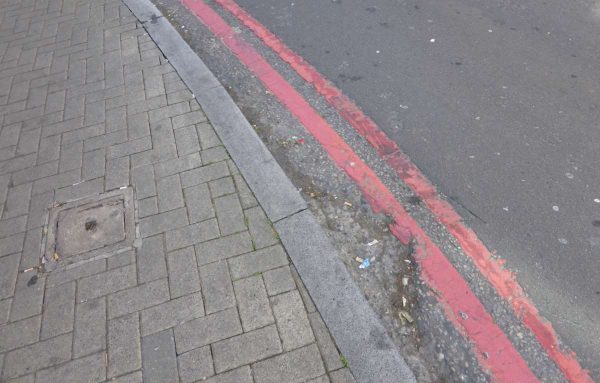 The tarmac is degraded near the edge of this road and is a danger to cyclists getting too close to it. This is one of the reasons they ride out into the road or may swerve.

Where there’s no dedicated cycle lane a cyclist will ride along the kerb or, on rural roads, the edge of the road near where the grass meets the tarmac. They have to maintain a bit of space from the kerb or edge of the road because of recessed drainage grates, sharp objects that tend to find their way to the side of the road, foliage encroaching on the road, degradation of the road surface near the edge and to give themselves a buffer from the inevitable slight changes in course.

Cyclists usually ride around 0.5-1 metres from the edge of the road which means the average car (which is 1.8m wide) should be more than two-thirds in the adjacent lane to overtake safely.

This image from DVSA shows an ideal overtaking situation, giving the cyclist plenty of room 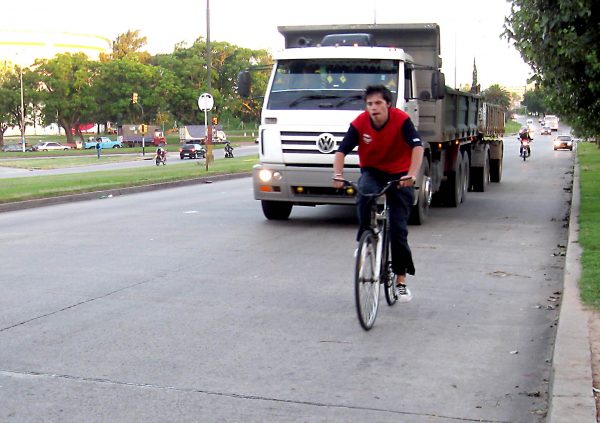 This cyclist is riding quite a way from the kerb – over a metre. While this is good for the cyclist, it does reduce the gap the lorry driver can give him

Before overtaking you should make sure

Overtake only when it is safe and legal to do so. You should

The rules are not prescriptive when it comes to how much gap to give a cyclist.

Dedicated cycle lanes give some buffer, but don’t encourage drivers to move to the right as if they are actually overtaking another road user 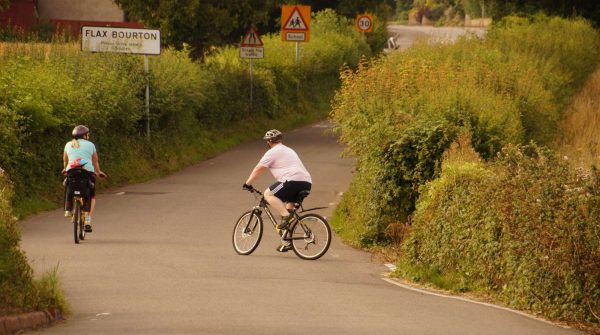 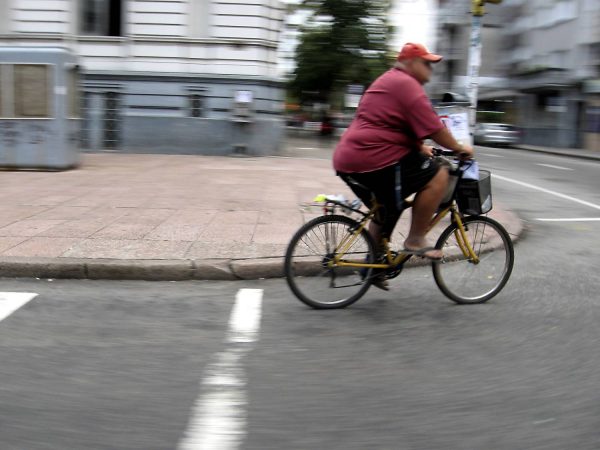 Cyclists are much less likely to wear protective gear than motorcyclists, putting them even more at risk if they have an accident with another road user 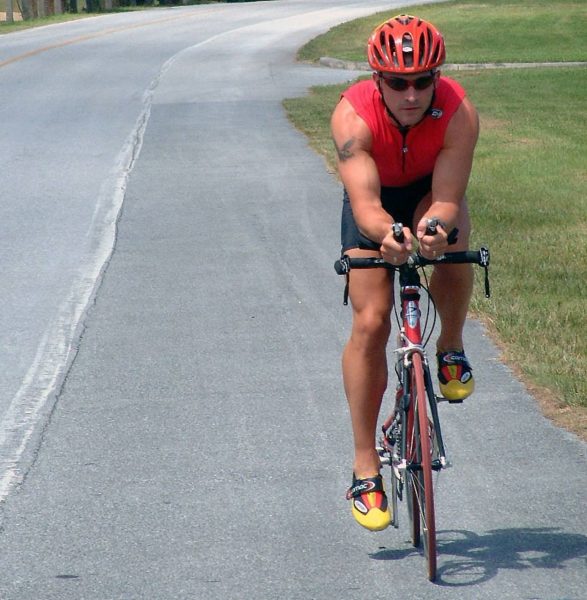 Roads with a wide paved shoulder separated from the vehicle lane are the next best thing to dedicated bicycle lanes separated by a kerb or other physical boundary such as planters or railings.

It is often difficult to see motorcyclists and cyclists, especially when they are coming up from behind, coming out of junctions, at roundabouts, overtaking you or filtering through traffic. Always look out for them before you emerge from a junction; they could be approaching faster than you think. When turning right across a line of slow-moving or stationary traffic, look out for cyclists or motorcyclists on the inside of the traffic you are crossing. Be especially careful when turning, and when changing direction or lane. Be sure to check mirrors and blind spots carefully. 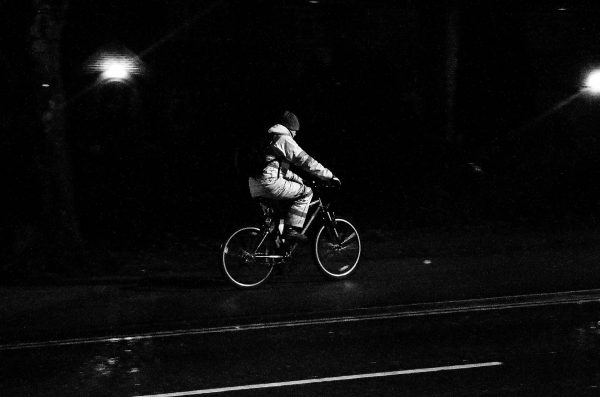 Cyclists at night are much less visible

When passing motorcyclists and cyclists, give them plenty of room. If they look over their shoulder it could mean that they intend to pull out, turn right or change direction. Give them time and space to do so.

Motorcyclists and cyclists may suddenly need to avoid uneven road surfaces and obstacles such as drain covers or oily, wet or icy patches on the road. Give them plenty of room and pay particular attention to any sudden change of direction they may have to make.

Why is there a shortage of truck drivers?

There are opportunities as a lorry driver because there is a driver shortage. If you're happy to put the work...