Is it illegal to splash pedestrians with a puddle

When it rains, puddles collect in and near the gutter and in the hundreds of thousands of potholes that litter the UK’s roads. Sometimes it’s hard to avoid them. For pedestrians on the pavement they are at risk of being splashed if a vehicle drives through the puddle. Is it illegal, though?

Yes, splashing pedestrians is illegal and you can be prosecuted under Section 3 of the Road Traffic Act for careless, aggressive or inconsiderate behaviour on the road. You could be summoned to court, fined £150 and given three penalty points. The same applies to cyclists.

If you are convicted then you could see an increase in your insurance premiums. 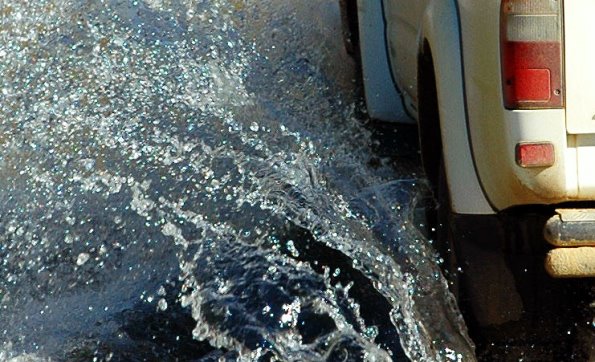 Dangerous as well as inconsiderate?

When your wheel runs through deep water it suffers a lot more drag than a wheel that isn’t in deep water. This increases the risk of causing an accident as a car will pull towards the side of the water.

If the water is deep enough then the tyre can aquaplane which dramatically reduces braking performance and affects handling.

Sometimes water can look like it’s not deep, but then it ends up being really deep and that can cause damage to a car’s bodywork if hit at speed.

If you spot deep water and there’s no way of avoiding running through it, brake as much as you can as passing through the water at a lower speed won’t create so much of a splash.