How to escape from a car that’s sinking

Several thousand people die every year around the world in cars that are submerged. It’s more common that you would imagine and cars sinking in water happens for a number of reasons:

What happens to your car when it hits the water?

If you’re travelling at speed when you hit the water, you won’t skim across the surface, you’ll come to a rapid stop. If you’re trying to cross a swollen river or your car rolls into water then it will start to float until it begins to fill up with water. Assuming the windows are up, you’ve got a minimum of 30 seconds to get out. The engine will weigh the front down first, and it will begin to sink more and more rapidly with the bonnet going under first.

How should you get out of a submerged car? 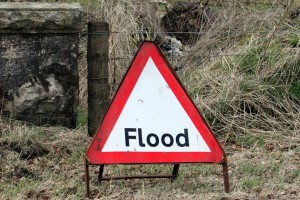 If you’ve driven into raging floodwaters or a fast-flowing river, getting out of the car exposes you to another type of danger: being swept away. But, at least you will have a chance to get out of the river as opposed to drown in the car. In a flash flood, authorities may not have had time to put signs up. You will need to be careful when approaching fords and known flood hot spots especially at night when it can be difficult to see the water.

If you are in relatively still water, you have a high chance of surviving if you can get out before the car goes under the water.

Panicking will reduce your survival chances, so follow these very simple rules.

Don’t try to bring anything with you and do not try to make an emergency call while you are under water – by the time emergency services arrive you will have drowned. If the rear windows don’t open you’ll need to get people out of the front windows. If you have more than one child in the car, get the oldest one out first and the youngest out last.

Don’t wait until the car is filled up with water as it reduces your chances of survival to less than 10%.

If you are initially trapped in floodwaters, the car can be tossed around and the water will be murky. Keep a hold of the door handle to maintain your orientation as to where the window is and look for the direction of air bubble to determine where the surface is. Bear in mind you should never try to cross water that is more than 30 cm deep, especially if it’s moving.