Right Driver
Home › Advice › Are you allowed to drive on a beach?

Are you allowed to drive on a beach? 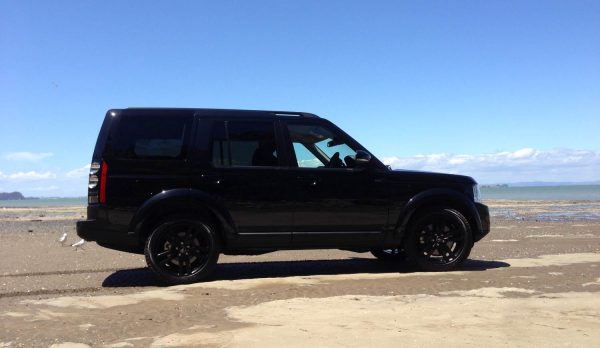 In general you are not allowed to drive on beaches in the UK unless there is specific permission from the local council, or that it’s one of the following beaches.

If there is permission from the council then they may charge money for access.

A few things to remember when driving on beaches:

Black Rock Sands has a large flat beach a couple of miles long with easy access even for two-wheel drive cars. There’s a small price for parking on the beach when in-season and it’s free off-season. The best parking is near the dunes where you’re not at risk of the tide coming in. It’s a good choice for disabled drivers who can get right to the water’s edge. It’s best to go at low tide.

There’s a gate that blocks access in the evening – make sure you check the closing time. You will find police patrolling the beach occasionally. Expect it to be busy if it’s sunny.

Benone Strand stretches for just over 7 miles from the mouth of the Lough Foyle  to the Musseneden Temple at Downhill.

Pendine Sands has been used for motor racing for years, and is probably the most famous due to Land Speed Record attempts by Malcolm Campbell and John Godfrey Parry Thomas in the 1920s and its more recent use by Top Gear. Recently it was closed to vehicles for eight years, but the council has now made a designated area and races are being organised again.

The beach is often not accessible due to military training, but there is an excellent Museum of Speed nearby if this is the case.

You can drive along Brean Beach during winter and cars can park in designated areas. Be careful of boggy sections, though. The entrance is off Warren Road – follow the signs to Brean Beach Car Park. There’s a small charge to park on the beach; an attendant will take your money.

Find the parking on Brean Beach on Google Maps here.

The beach is only open for driving in summer and only on the foreshore (you can’t drive to the water’s edge). There’s a price for parking, but it’s cheaper at Sands Pub a short distance away. There’s a designated access point for people with restricted mobility from Lifeboat Road. Rangers patrol regularly. The sand can be soft, so take care in two-wheel drive vehicles.

Some authorised use is allowed for access to fishing spots. There’s an RAF area that’s not usually accessible, and is marked by an orange tetrahedron on a pole.

You can drive on many beaches between 10am and 7pm from 1 October to 30 April. Exemptions are granted if you are legally collecting seaweed, sand, stones and other beach material, or if you are hauling fish or boats. More information is here. Note that their definition of vehicles is very broad and covers sand yachts and horse-drawn vehicles.

Rocky shore areas mean less chance of you getting bogged down, but require more ground clearance